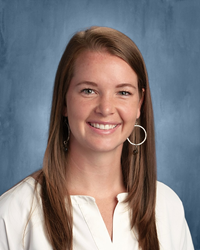 Hello Panthers! I am so excited to be in Gwinnett County and serve as a School Counselor at Parkview. I graduated with a Bachelor of Science degree in Psychology from Appalachian State University in 2015. I played four years of collegiate basketball for Appalachian State and continued as a Graduate Assistant Coach while earning my Masters in School Counseling in 2017. Afterwards, I moved to Connecticut with my husband and I worked in Special Education at Plainville High School. This school year will be my 3rd year at Parkview High School. If you have any NCAA questions or want to play a sport in college come see me! I currently serve as the 21-22 Peer Leadership Coordinator. I believe that school counseling practices in high schools contribute greatly to the atmosphere, culture and educational outcomes of a school. I will use my role as a counselor to positively impact the administration, faculty and students here at Parkview.

Fun Facts: I really enjoy listening to live music, reading a good book, and finding a new hiking trail. My favorite times are spent with family and close friends. I am an Asst. Varsity- Girls Basketball Coach. (Come out and support!)

I am so excited to be the newest member of the Counseling Team here at Parkview High School. After completing my BA in Criminal Justice from Kentucky State University, I spent 13 years as a Social Worker. During those years, I had the opportunity to work with so many different populations and age groups. After moving to GA a few years ago, I decided to make a career change. I recently completed my Masters in School Counseling from Capella University. My husband and I decided to move to Georgia so our two kids could be closer to family. Spending time with family is what I enjoy most. I also enjoy being creative; making things or flipping furniture is my happy place. I am so excited to begin my counseling journey here at Parkview High School. 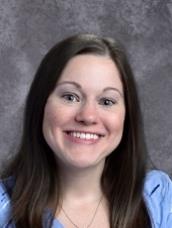 Hello, I am currently in my 7th year as a School Counselor here at Parkview. I attended Georgia Southern University (Go Eagles!) where I earned my Bachelor of Science degree in Psychology with a minor in Child and Family Development and my Master of Education degree in Counselor Education, with an emphasis in School Counseling. I began my career as an Academic Advisor at the University of Georgia in the College of Education where I worked for three years. During those three years I was able to earn certificates in the following fields: Academic Advising, Diversity & Inclusion, and Emergency Preparedness Conflict De-Escalation. I am a member of the American School Counselor Association and the Georgia School Counselors Association. I am married to my wonderful husband who is a teacher with GCPS and we have two children. I am excited to continue helping students through the high school journey.

“I am a big believer that eventually everything comes back to you. You get back what you give out” - Nancy Reagan 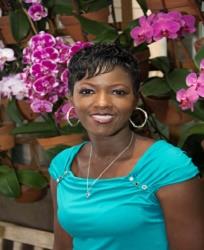 I enjoy traveling and spending time with family and friends. 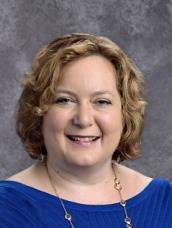 I am originally from Western New York. I received my B.A. in Psychology from the State University of New York (SUNY) College at Fredonia. I earned my M.S. in Counselor Education from Canisius College. I also attended Walden University where I finished all but my dissertation in a Health Psychology Ph.D. program.

I began my career in 1996 at North Forsyth High School in Cumming, GA. I worked there until 1998 when I decided I would go back to Western New York to pursue a Physical Therapy degree. After arriving on campus, I decided that counseling was my true passion so I returned to Georgia and took a job at the Cottage School (a private school for students with mild learning disabilities). In 1999, I returned to North Forsyth High School where I stayed until 2006. During my time there, I was a Lanier Technical College Advisory Committee Member. I was an Instructional Extension Coordinator where I wrote a yearly proposal for zero period classes for students needing to make up credits. I served as an SAT Prep Early Morning Class Instructor, a Math SAT Teacher, and an SAT Coordinator.

I love Parkview High School because of the students and the parents. I find so many of the parents are very supportive of the educators here. The students are respectful and eager to take advice that we may offer. The students engage in rigorous classes and are always ready for the next challenge. I look forward to working with you all!

Greetings, my name is Mr. Charles Walker. I am grateful that I have the privilege of working with your students. My goal is to provide information, guidance, counseling, and support for your students to ensure they realize their full potential. The support provided could be in a variety of areas, such as career exploration, academics, attendance, behavior, study skills, mental health, social skills, character development, emotional support, and post-secondary planning. I will do my best each day to ensure each of my students is prepared for life and prepared to compete in a global economy. I have over 20 years of professional experience in counseling and the highest degree I hold is an Education Specialist in School Counseling. I also have a Masters' Degree in School Social Work and School Counseling. I have high expectations for your students, and I believe every student can learn. I also believe that education is extremely vital and important. Therefore, my students are encouraged to be life-long learners and to continue their education. I look forward to developing positive relationships with your students and having another productive and successful school year.

"Life has no remote. Get up and change it yourself."

Students: Book an appointment with me! 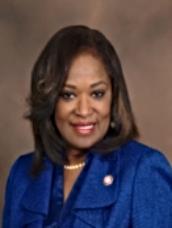 I joined this award winning Comprehensive Counseling Program in the Fall of 2012 as a Counselor. From 2008 - 2012, I served as Counselor at Shiloh High School, while there I was Head Counselor during the 2009 – 10 school term and prior to that I served as a Counselor at Central Gwinnett High School in Lawrenceville, GA. During this time, I was fortunate to serve on many committees. I have served on the steering committee, scholarship committee and was the United Way Coordinator while at Central Gwinnett and Shiloh High Schools.

Prior to relocating to Georgia, I served as Counselor at Benson High School, Northwest High School and BoysTowns USA - Father Flanagan High School in Omaha, Nebraska. Before launching a career in education, I worked with the Department of Health and Human Services: Social Security Administration. My educational background includes earning a Doctorate in Curriculum and Instructional from the University of Sarasota/ Argosy University; Master of Science in Counseling from Creighton University, Omaha, Ne; and a Bachelor’s Degree in Social Studies Education from Savannah State University.

I strongly believe in Service to all Mankind. Presently, I am the National Vice President of Savannah State University Alumni Association, and President of the SSUNAA -South DeKalb Perimeter Chapter in Decatur, GA and a member of Alpha Kappa Alpha Sorority, INC. In August of 2015, I was inducted into SSU’s Hall of Fame for Outstanding Service in Leadership and was recognized as the 2014 Alumnus of the Year for The Historically Black Colleges and Universities Atlanta Alumni Alliance. I am looking forward to meeting you.

“Every successful adult was once a student dreaming about the future in need of guidance and encouragement to make that dream possible.” Horace Mann 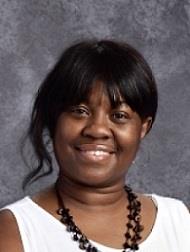 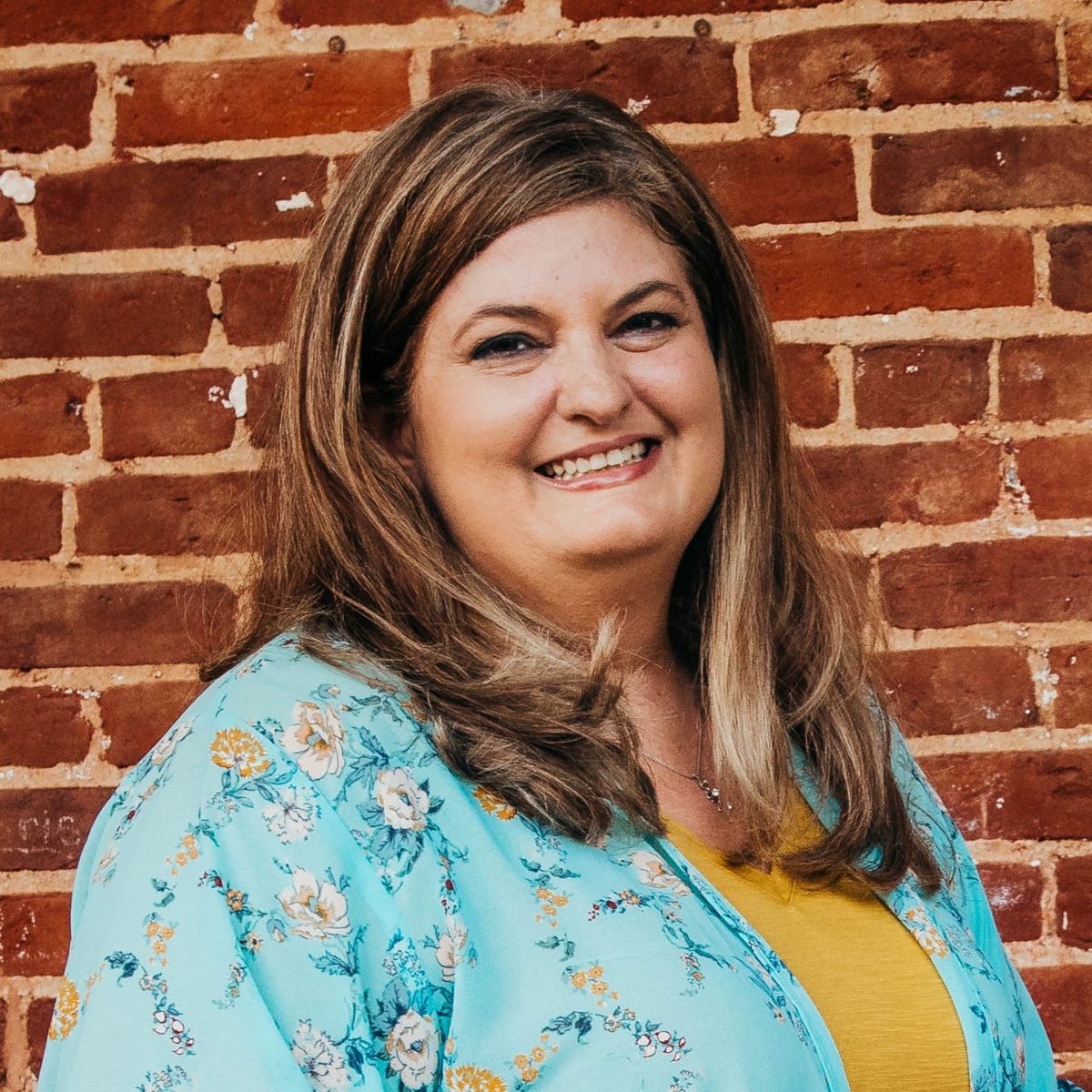