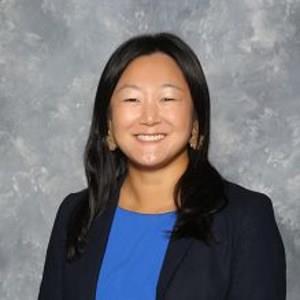 For Ms. Fero, it has been a life-long dream to work in education. She is a graduate of the historic teacher’s college, Western Oregon University, and began teaching in 1997. As a wanderlust social studies teacher, she taught in Cape Coast, Ghana and Andong, South Korea, before starting her public school career at Reynolds High School in Troutdale, Oregon.

Ms. Fero completed two Spanish immersion programs in Puebla, Mexico and Alajuela, Costa Rica, where she learned to speak Spanish. After earning her Master’s degree in Educational Policy Foundations and Administration at Portland State University, Ms. Fero became a school administrator in 2003. As Vice Principal for an urban school in Portland, Oregon, she helped transition the comprehensive high school into three schools during the small school movement speared by the Gates Foundation. In 2005, Ms. Fero attended the Harvard Principal Center and was inspired by colleagues in Atlanta, Georgia. In 2008, Ms. Fero relocated to Gwinnett County Public Schools and is so happy she did!

A member of multiple community boards; Gwinnett Clean and Beautiful, Artworks! Gwinnett, and the Hope Hill Elementary Foundation, Ms. Fero works diligently to keep public education the best option for your students. In 2015, Ms. Fero completed her Specialist degree in Educational Leadership from Mercer University. She is a member of the Korean Community Presbyterian Church of Atlanta and active in the Gwinnett community. Ms. Fero is a 2009 graduate of the Quality Plus Leader Academy, a 2013 graduate of Leadership Gwinnett, and a proud Peachtree Ridge Lion since 2014.