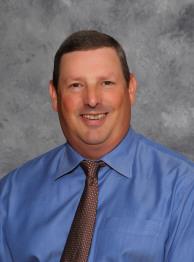 Mr. Hunter came to Georgia in 1984 to attend the University of Georgia. He graduated with a Bachelors Degree in Business Education in 1997.  He played baseball for one season at Georgia and was drafted by the Montreal Expos and signed a minor league contract.  Mr. Hunter’s career spanned into his 11th season with a highlight of two brief stints in the Major Leagues with the Milwaukee Brewers in 1991.

His first teaching position took him to Lansing, Kansas where he taught at Lansing High School.  He also was Assistant Coach for the Lansing baseball team.

He earned a Bachelors Degree in Information Technology from Devry University in 2002.  He was hired by Gwinnett County that same year.  He earned his Masters degree from the University of Georgia in the fall of 2008.  Mr. Hunter has taught at Dacula High School, Collins Hill High School and now is in his thirteenth year at Peachtree Ridge High School. He is also an assistant coach for the PRHS Baseball team.