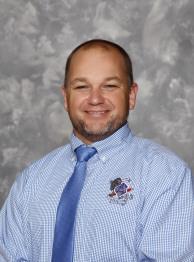 Mr. Ryan Lesniak joined the Peachtree Ridge team in 2016 as the Athletic Director for the Lions. Coach Lesniak’s duties include athletics, activities, fundraising, fire drills and a variety of other responsibilities. He graduated from Georgia College & State University with a BBA in Accounting in 2000 and a Masters in Business Administration in 2002. In 2008, he completed his Leadership Add-On from GC&SU as well. Coach Lesniak is a 2017 ALP Graduate as a member or Cohort 8.

Prior to coming to Peachtree Ridge, Coach Lesniak was a teacher and coach at Archer High School and Grayson High School. At Archer High School, Coach Lesniak was the Head Girl's Basketball coach while being the Marketing Coordinator, the Operator of the School Store as well as the Video Broadcast teacher. Coach Lesniak served on the School Council as well as the Archer Athletic Council during his tenure. Lesniak was also the Assistant Athletic Director during his last 2 years there and went through Gwinnett County’s Aspiring AD program in 2015-2016. As a coach, his Lady Tigers reached the Final 4 twice and the State Championship game once as well as winning a Region Championship and making 5 straight playoff appearances.

At Grayson, he was a member of the Business Education department and taught 10 different classes over his 6 years including Personal Finance, Careers in Education, Accounting and International Business. He raised nearly $20,000 for Relay for Life through a variety of fundraisers and coached Softball, Volleyball, Baseball and Basketball. He was a member of 2 State Championship coaching staffs in softball.

Coach Lesniak has been married for over 15 years and has two daughters.