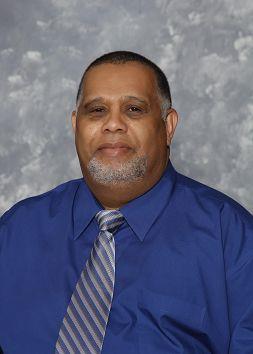 Mr. Ashwin Lewis is a Math Teacher at Peachtree Ridge High School. As a Math Teacher, he employs multiple strategies in his classroom in order for students to be successful.

Mr. Lewis has been a High School Math Teacher for the last 20 years. He has taught at high schools in DeKalb County, Gwinnett County and in Cape Town, South Africa. Mr. Lewis has also been a College Algebra instructor at a Gwinnett Technical College. Before joining Peachtree Ridge High School, he was the Mathematics coordinator at a private school in Forsyth County.

He is married to Audrene and they have two sons, Corwin and Calum. Corwin is a sophomore at Georgia Perimeter College and Calum is a freshman at the same college. Mr. Lewis is a Connections Group Leader at Brairlake Baptist Church and has led mission teams to South Africa for the last 10 summers. He also serves as the Executive Director of a nonprofit called Hope South Africa. Hope South Africa provides educational opportunities for disadvantaged children in South Africa. He enjoys soccer and tries to read whenever he has a free moment.