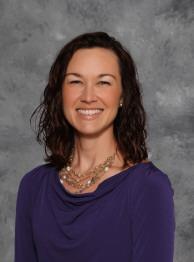 Mrs. Wyatt grew up in Northeast Georgia and graduated from North Hall High School. Mrs. Wyatt attended Truett-McConnell University, where she earned her Bachelor of Arts in Music. After graduation, she taught at Hidden Lake Academy and then worked as an admissions representative at Truett-McConnell University before coming to Peachtree Ridge in 2007.
In 2011, Mrs. Wyatt earned her MAT from Piedmont College. She is a member of the Georgia Music Educators Association (GMEA), National Association for Music Education (NAfME), and the American Choral Directors Association (ACDA). She was named the 2008 Outstanding Young Alumnus by Truett-McConnell University. Over the years she has served as accompanist and organizer in the GMEA District 13 Honor Chorus and has been published in the Georgia Music News magazine. Each year she takes outstanding students to participate in both District 13 Honor Chorus and All-State Chorus. Her students have represented the Peachtree Ridge Chorus in the Georgia Governor's Honors Program as well as NAfME's National Honor Choir. Under her direction, Mrs. Wyatt's students have been invited to perform at events in which the Governor and, most recently, the state superintendent was speaking. She serves on the Peachtree Ridge Vertical Literacy Team in order to support literacy across the cluster and she serves as course lead for the performing arts team.
When outside of the classroom, Mrs. Wyatt stays involved with Truett-McConnell University by serving on the Alumni Executive Committee. She is also a part of the music ministry at North Metro Baptist Church. She and her husband have three sons and together they enjoy music, movies, and rooting for the Atlanta Braves.