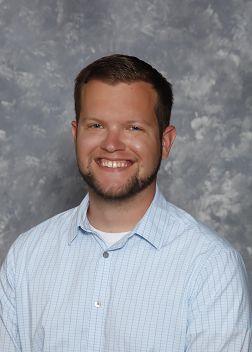 Atlanta-based musician Jonathan P. Kochik serves as the Assistant Director of Bands at Peachtree Ridge High School in Suwanee, Georgia. Before his appointment to PRHS, Mr. Kochik received the Master of Music degree in wind band conducting from Georgia State University (2019). While at Georgia State, his duties included coaching various large & small ensembles and assisting in all areas of the band program. He also served as the graduate teaching assistant with the Metropolitan Youth Symphony Orchestras of Atlanta. Mr. Kochik also received a Bachelor of Music degree in performance (Horn) from Georgia State University in 2016.

Mr. Kochik is an avid teacher. From 2012 to 2019, he was on staff with the Milton High School marching band (Milton, Georgia) where he taught and led conducting/leadership clinics annually and worked with the student drum majors each season. He has also held and led conducting & leadership clinics at Mill Creek High School (2017-2020) and Union Grove High School (2015 & 2017). Additionally, Jonathan has held horn sectionals and master classes at various metro Atlanta middle and high schools.

Along with teaching, Mr. Kochik is an active composer and arranger. His works include a wide array of styles composed for ensembles of various instrumentations from small chamber groups to larger band and orchestral groups. He has received commissions from Tara Winds, a community ensemble based in Atlanta, and Milton High School. Mr. Kochik also served as the in-house arranger for the GSU Commencement Committee from 2017 to 2019. Recently, he has collaborated with Dr. Robert J. Ambrose on creating the first critical edition of the landmark wind band work Arctic Dreams by Pulitzer Prize-winning composer Michael Colgrass which was published by Carl Fischer Music in 2019.

Enjoying the many facets of the arts, Jonathan continues to teach, compose, and perform throughout the metro Atlanta area.