Gwinnett Board of Education approves school and district leadership appointments 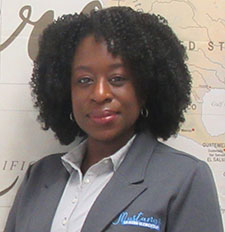 At its January 20, 2022, business meeting, the Gwinnett County Board of Education appointed a new principal for Magill Elementary and a new district leader.

Dr. Merisme will become the principal at Magill as the school’s current principal, Dr. Tonya Burnley, moves to her new role as principal of Head Elementary.

In addition, the Board named Dr. T. Nakia Towns as the district’s new deputy superintendent. Dr. Towns mostly recently served as interim and deputy superintendent at Hamilton County Schools (HCS) in Chattanooga, Tennessee, where she led the executive cabinet to ensure that the district’s strategic goals and objectives were met. Dr. Towns championed a focus on literacy and whole child support to improve student

outcomes, resulting in HCS becoming the fastest improving district in the state. Prior to joining Hamilton County, she served as Assistant Commissioner at the Tennessee Department of Education and Chief Accountability Officer at Knox County Schools.

Dr. Calvin J. Watts, superintendent of Gwinnett County Public Schools, is excited about the addition of Dr. Towns, who is an alumnus of the Chiefs for Change Future Chiefs program and the Broad Center Residency in Urban Education, to his executive cabinet.

He says, “Dr. Towns’ experiences and leadership will benefit our students and schools. In particular, her work in closing achievement gaps, while leading with empathy, equity and excellence, will contribute to sustainable improvements throughout the organization, particularly in the areas of instructional and operational support.”

A Georgia native, Dr. Towns attended public schools and graduated from Clarke Central High School in Athens. A Duke University graduate, she began her career in the fields of technology and finance, assuming roles of increasing responsibility at IBM, Bank of America, and Wells Fargo Bank. While in the private sector, she co-founded a nonprofit afterschool tutoring and intervention program in rural south Georgia, where her service as a volunteer teacher in the Saturday-school program inspired her to pursue the field of education as her full-time passion and profession. She also earned an M.Ed. in educational leadership from The Broad Center for Education Management (now at the Yale University School of Management) and a doctor of education in K-12 leadership and policy from Peabody College at Vanderbilt University.

She will begin her new role in Gwinnett County Public Schools on February 7.