Becca Rackley, of Northbrook Middle School, was named runner-up in the 2023 TOTY competition.

This year’s celebratory event was held at the school district’s Instructional Support Center as the Board Room transformed for the evening with colorful balloons and festive lighting. The district rolled out the red carpet for the 141 local school Teachers of the Year, including the six TOTY finalists, 19 other outstanding educators honored as semifinalists, and their guests. The event was livestreamed, and a recording is available on the GCPS website and via the GCPS TV app.

The TOTY selection process began at the start of the school year when teachers from throughout the district nominated and selected 141 teachers to represent their local schools. The school district’s Phase 1 committee later narrowed the group to 25 semifinalists, and the Phase 2 committee narrowed the field to the six finalists.

In addition to the three level winners, the other three finalists were Jessica Gaskin of Head Elementary School, Serina Gay of Crews Middle School, and Jason Hurd of Seckinger High School. Click on each teacher's name to see their finalist's interview. 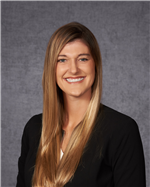 While most of the world was shut down during the pandemic, Ashley Wright helped her students create a thriving print shop. The veteran teacher of a dozen years focused on inspiring her students, bringing out their creativity through custom products for Paul Duke STEM High School. She explains, “The vision was to build an inclusive community of student designers to grow and achieve success through building a creative-based business for all,” Mrs. Wright shares. “We exceeded that goal by working with clients to create custom designs, print and assemble high-quality products, calculate costs and invoice clients, while earning a profit.”

Mrs. Wright began her career with GCPS in 2018 as a Graphic Design teacher at Paul Duke STEM High where she has focused on connecting with students. “I focus on building relationships with my students, empathizing with them, so I can get a better understanding of how they learn and what might be affecting them in their life currently,” Mrs. Wright says. “I survey my students at the beginning of the year to get a better idea of things they like. As I teach, I try to reference these ideas or use topics to help boost their creativity.”

Mrs. Wright believes in the power or empathy and connecting because she’s seen the positive results. “Last year I worked with a struggling student who was not on task and completing his work,” Mrs. Wright shares. “After working with him one-on-one and building a relationship where he knew I cared, he shared his viewpoints and we came up with a design he was proud to print and showcase. Students need to feel safe, respected, and valued for learning to take place, which is why I create a safe learning environment for all students regardless of race, gender, and ethnicity.”

One of the ways Mrs. Wright supports her students is through one-on-one sessions where she provides individualized and differentiated instruction for each student. She uses a variety of teaching strategies to encourage peer collaboration and feedback such as: chalk talks, pair and share, carousel collab, and mini “focus” groups. “At the end of the day, semester, and year, the students know I am here to support them and help them grow professionally and personally,” Mrs. Wright says. “And when they leave, I know they have the knowledge, skills, and social skills to be the best versions of themselves. This is the GCPS mission, to pursue excellence in academic knowledge, skills, and behavior for each student, resulting in measured improvement against local, national, and world-class standards.”

Click here to see an interview with Ashley Wright. 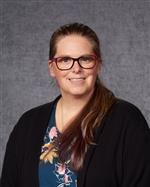 Becca Rackley is an example of the saying, it’s never too late to pursue your dreams. She explains, “Last year, after 14 years of teaching English Language Arts, I began teaching 6th grade Social Studies – which had always been a dream of mine. This change came with challenges, but with these challenges, I also was given a brand-new opportunity: the chance to re-envision my lesson planning structure and instructional design. By the end of my first year teaching Social Studies, this reshaped instructional framework came to define me as a teacher.”

Mrs. Rackley is a big proponent of Positive Behavior Interventions and Supports (PBIS) because she says it works. “When I started teaching 16 years ago in Missouri, I was fortunate enough to start at PBIS school that was implementing at a very high level,” Mrs. Rackley shares. “From the moment I learned about the PBIS framework and belief system, I was 100% invested. The aspect of the PBIS mindset that appeals to me the most is that it is completely centered on teaching. Rather than being focused on punitive responses, PBIS is focused on teaching kids.

In my classroom, this is my mindset. Teach, reteach, precorrect, reteach, and teach again. I’ve demonstrated that belief about academics. My beliefs about behavior are exactly the same.”

Mrs. Rackley’s passion for students extends beyond the classroom. Three years ago, she started an after-school running club for girls at Northbrook Middle. Last year, that club supported 25 members, and Mrs. Rackley helped train new coaches from all over Athens, Greater Atlanta, Forsyth, and Fulton counties.

Mrs. Rackley started her GCPS career in 2012 at Summerour Middle School where she was a 6th-8th grade Reading Interventions teacher. She has a bachelor’s degree in Middle School English and Social Studies Education as well as a master’s degree in Curriculum and Instruction from the University of Missouri.

Click here to see an interview with Becca Rackley.

(11 years in education, all with GCPS)

Myesha Jenkins is a firm believer in using movement to help students learn. She explains, “As a Jazzercise instructor, I know the value of movement to the learning and knowledge retrieval process on a cognitive level.” Mrs. Jenkins used that concept to help her 3rd grade English Learners (EL) students describe the three branches of the government. “To engage the students with limited access to the language and content of the standard, I choose non-verbal representation and vocabulary to aid in building and organizing conceptual knowledge,” Mrs. Jenkins shares. “In addition to visuals, I incorporated movement (move-to-learn) and sketching (sketch-to-learn). All the students were engaged. The movement and sketching helped my ELs with Limited English Proficiency participate fully. Each of the seven groups presented what they had learned to their homeroom class, fostering an inclusive learning environment. These instructional strategies align well with my local school’s vision to become an innovative STEAM school, helping students achieve academically through the STEAM fields including the Arts.”

Mrs. Jenkins also has a passion engaging and teaching students through athletics as coach of Baggett Elementary’s Girls on the Run group. She shares, “This non-profit organization empowers girls through running, self-actualization, and service learning. During twice-weekly meetings after school, we build a community of empowered girls with lessons on self-understanding, valuing relationships and teamwork, and recognizing how everyone can shape the world around them. After lessons, the girls set goals for how many laps they will run or walk as they build stamina to run a 5K. The season culminates with the 5K, bringing girls, coaches, families, and advocates together to celebrate and mark this hard-fought milestone. This program aligns well with the GCPS Blueprint for the Future with empathy, equity, effectiveness, and excellence as strategic priorities.”

Click here to see an interview with Myesha Jenkins.

As Gwinnett County’s 2023 Teacher of the Year, Mrs. Wright will receive an annual award of $1,000 and the other two level winners will receive $750 each year, for as long as they are employed with GCPS. The three level winners also received an additional one-time award of $500 from the presenting sponsor, Peach State Federal Credit Union. Finalists, who were not selected as level winners, received a one-time monetary award of $250 from Peach State Federal Credit Union. Finalists also received $500 from GCPS and $375 in Kroger gift cards. Each local school winner received a one-time award of $200, a TOTY T-shirt, gift card, and a yard sign, shining the spotlight on their designation as Teacher of the Year. High school TOTYs also received a commemorative ring.

As the overall winner, Mrs. Wright also received a one-time award of $500 from Peach State Federal Credit Union, a crystal peach, an additional $250 gift card from Kroger, and a commemorative ring.

GCPS would like to thank this year’s sponsors for their support of great teachers and for making this celebration of outstanding teaching possible.

*Pictures of the six Gwinnett County Teacher of the Year finalists can be downloaded here.